Producer responsible for the TV broadcast “Hoagies-Welt” in Hannover regional television. Event organization and holding of events with live public.

Own music projects, such as “SanVentura – The Adventure Of Your Life”

Development and conception of marketing campaigns, specialising in the socio-political field.

Sound brandings, music for films and series. Music for games and apps.

Composition, text, singing for own and third party music acts and projects. Scores and own voice extracts for orchestra and big bands.

Production, arrangement, recording and mixing of music for advertising, audio plays, podcasts and radio spots in own sound studio.

Musical management and conductor for orchestra, rock and pop bands and big bands.

Founder of the band “Steinwolke”, singer, song writer and composer of the chart hits and NDW evergreens “Katharine, Katharine”.

Honorary tour on behalf of the German army for the ISAF soldiers in Afghanistan and Uzbekistan.

Concert series in the tepee at the Kanzleramt in Berlin, Admiralspalast in Berlin, Kammermusiksaal at Potsdamer Platz.

Musical accompaniment and film music for documentary film “ein himmlisches Roadmovie” [A heavenly road movie] with several camera teams through Germany, Austria and Italy, up to the Vatican for a holy audience with Pope John Paul II. 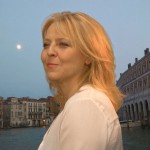 Author, director and producer of more than 300 productions for TV, cinema, radio, internet and sales.

CI and creative content for internet – film and print.

Member of the examination board of the IHK [Chamber of Industry and Commerce] Berlin for the professions digital media designer for image and sound, businesspeople for communications marketing and video editors. Lecturer, co-design of and working out the training contents for media professions, assessment procedures for media professions. Trainer.

Communications and media consulting with focus on advertising psychology, propaganda and mainstream.

Conceptions, CD and CI for marketing campaigns and multimedia projects.

Productions and co-productions of documentary films and motion pictures. E.g. production, screenplay, research and editing of the documentary film about the Berlin Wall: “Freiheit kennt keine Grenzen” [Freedom knows no borders]. Or the production of the film about the journey of Cardinal Wojtila’s old car across Europe for his holy audience in Rome: “Ein Himmlisches Roadmovie” [a heavenly road movie”].

Accompaniment and production of an 11-day concert trip to Afghanistan for the soldiers of the ISAF –Production of a documentary film and broadcast on FOCUS-TV and as a 7-part documentary on Focus Online.

The development and production staff include a cameraman (DoP) and producer specialising in media technology, as well as the Senior Creative Director and advertising professional Thomas R.P. Mielke. Teams were compiled based on need and have worked together for years for the productions.